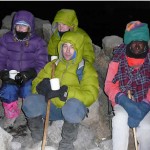 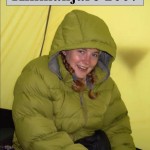 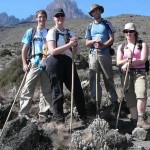 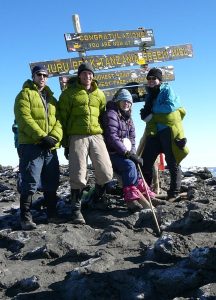 During the months of June and July 2007 Lindsay was involved in doing medical school electives in Kingston Ontario for two weeks and a month in Tanzania, Africa. She worked in hospitals and clinics in Dar Es Salaam and a much smaller city Arusha. Several of her colleagues from the University of Calgary School of Medicine accompanied her for the electives in Africa and they worked, learned, lived and partied their summer away in African hospitals, clinics, motels, restaurants and even the beautiful beaches of Zanzibar. In late July Lindsay, Jess Brown, Will Doelman and Jon Laxton began their adventure they had planned before leaving for Tanzania – to climb the highest mountain in Africa – Kilimanjaro. They took the Rongai route which begins near the border with Kenya setting out on July 28. Lindsay overcame many health obstacles during the trek but persevered with the help of her guides and friends. She wrote in her journal “It was very tiring and I felt like I had no energy at all and could not get enough air. We finally made it to Gilman’s Point just before sunrise and I was utterly exhausted. I sat and cried as I knew that I either had to continue on to the Uhuru peak or go back down but didn’t feel like I had the energy for either.” A physician from Austria passed by Lindsay’s group and gave her some dextrose which gave her some energy and with Jess encouraging her to just take 5 steps at a time and then rest the group summited the roof of Africa at 830 am on August 1, 2007, Just getting to the top of Kilimanjaro is not the end of your trip, you now have to get down after 9 hours of hiking up. In her journal Lindsay wrote “I don’t know how I would have made it down without Will and Erinest’s (guide) help.” Lindsay and her friends did complete their journey the next day and went on to enjoy a memorable and restful safari with Jess before returning home to Canada. In summing up Lindsay wrote, “Overall besides feeling like crap it was really an amazing experience.” As she always did Lindsay set a goal, overcame extreme obstacles along her journey and completed the task at hand. Little did her family know just how difficult this goal had been to obtain and what it took for Lindsay and her friends to accomplish the feat of summiting Kili. 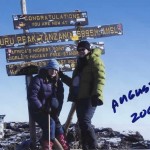 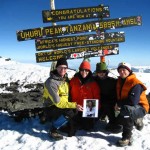 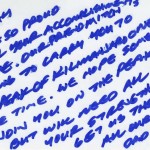 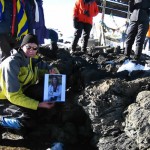 In the spring of 2008 after Lindsay’s passing on February 17 we were talking to our friend Mitch Makarchuk and he told us that he was going to Africa in May and climbing Mount Kilimanjaro. After some discussion Dianne and I decided we would like to send a package with Mitch to be left at the top of Kilimanjaro. The package was a picture of Lindsay at Uhuru with a note written on the back from us and the tribute written by us on our painful journey back from the Caribbean in February. Mitch along with Kelly Oliver Obermeier from SOK Globe Trekker Adventures and friend Lucy carried our package via the Machame route to Uhuru peak summiting on May 11 2008 Mothers Day. In an email to us Mitch wrote, “It was an extremely strenuous trek but the most fulfilling accomplishment I have ever done. When I needed strength through the most difficult stages I could feel Lindsay beside me giving me the encouragement to continue. We found a beautiful spot for your package a few metres behind the summit sign that has a peaceful view of the crater ash pit. It will remain there for you to retrieve on your own venture.”

In early 2009 Reid, Taylor, Dianne and I decided we would make an attempt at joining Lindsay at the peak of Kilimanjaro and retrieve the package Mitch had taken to the top for us. With the help of Kelly and Oliver planning our itinerary and organizing our trip we put in motion a plan to reach the pinnacle of Africa on August 1 2009, exactly 2 years after Lindsay arrived at Uhuru. In a meeting with our grief counselor Bob Glasgow we told him of our planned trip and what it meant to us and it was at that point he said it sounded more like a pilgrimage to him and the name stuck. After months of planning, practice hikes in the Rockies, purchasing of equipment, numerous vaccinations and enjoyable dinners with Kelly, Oliver, Mitch and Lucy we headed for Tanzania along with Lindsay’s Uncle Doug Stauffer on July 25, 2009. On July 28 we commenced our Kili trek on the Marangu route with 3 guides, 1 cook and 17 porters. Our first night was spent at Mandara Huts at an altitude of 8875 feet which was slightly lower than the highest point we had hiked during the spring and summer. By the second night we were at 12,200 feet on our way to the peak at 19,300. We were amazed by what seemed a very chaotic situation of many climbing groups, guides and innumerable porters but how finely organized the entire trek was from meals to wakeups to tea to picking up and returning our heavy bags of gear. Following an acclimatization day on July 30 we arrived at a wind blown Kibo Hut located in a desolate region 15,460 feet above sea level. Following a small meal and an attempt at some rest we started our summit attempt in the darkness at 1130 pm July 31. Through the dark night we labored through the endless loose scree and switchbacks and scrambled through large boulders before arriving at Gilman’s point at 5 am, just 250 metres from the peak. Little did we know that we would then descend into the crater and it would take another 1.5 hours to reach Uhuru. I had to rely on Jess’ technique to finish the grind by counting my zombielike steps “12345Linds.” The five of us with 3 guides Peter, William and Gadi arrived at the peak 19341 ft at 630 am on August 1 exactly 2 years after Lindsay and her friends had been there. We were filled with a cacophony of conflicting emotions, exhausted, exhilarated and amazed by the sunrise over the massive crater’s rim’ I wrote in my journal, “We took our pictures in front of the sign and Mom sat on the post you were on precisely 2 years before. All 5 of us held pictures of you and wore our Macaque jerseys. It was definitely a monumental moment. The 4 of us stood with you in spirit as one and in our hearts as you will forever be. Tears streamed from my eyes, as they did from Mom’s, Taylor’s, Reid’s, Doug’s and our guides especially Peter who had accompanied Mitch to the top last May. Peter and I dug out the package we had sent with Mitch and we left another there for eternity.” Thirty minutes after reaching the peak we were on our way down and after 1 more night on the mountain we finished the trek on August 2 passing through the Marangu Gate from where we had started 6 days before. The pilgrimage had ended after over 70 kilometres and an elevation gain of over 13000 feet. We had learned much about ourselves and about Lindsay during our journey. As Mitch so eloquently wrote in an email to us about the time we summitted, “We all know you are closer to the one you love.” The five of us had conquered one of the Kilimanjaros we all experience in life. We know there are many more Kilis for us to go through or over as we move on and we wish everyone who thought of us, sent good luck messages and congratulations all the best as they face their own personal Kilimanjaros. Assante sana. 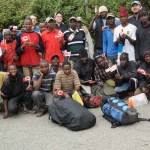 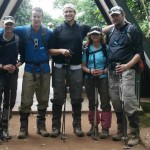 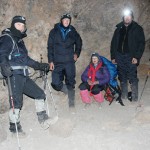 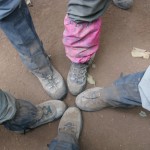 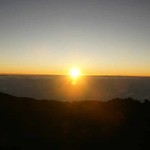 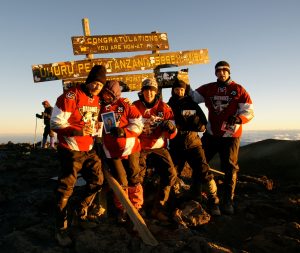 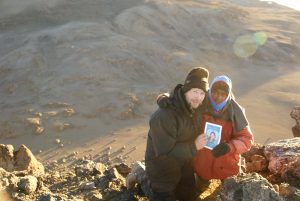 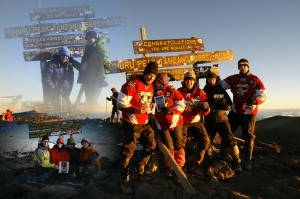